Dashboard cameras (dash cams, for short) are an incredibly versatile tool that has just begun to be widely adopted in the trucking industry. The cameras aren’t just effective at providing a crucial line of sight for trucks reversing out of a tight spot, they can provide drivers and fleet operators with a level of protection against theft and damages resulting from accidents that was unthinkable only a few short years ago.

Until recent years, dash cameras were a rare sight in the United States. The devices were primarily used in less developed countries – Russia and China especially – to combat an epidemic of insurance fraud. The ubiquitousness of the cameras and their uploaded footage was a popular form of content on the internet as drivers met with interesting or funny situations on the road.

Dash cams today are, unfortunately, deadly serious business. Drivers have gotten more reckless over the past couple of years, causing a large increase in the number of crashes causing injury or death.

Drivers are more distracted and far more aggressive, which is bad news for truck drivers that were already subject to impatient drivers acting irresponsibly to try and get around them. Worst of all, truck operators are far more likely to be found at fault in accidents involving passenger vehicles, despite most reports conveying the opposite.

Dash cams give drivers and fleet operators a kind of swiss army knife protective tool. They allow for greater driver safety, evidence to be used in court cases and insurance claims, and a way to monitor your commercial fleet for a variety of internal and external threats.

Dash cams have two primary applications for driver safety – extended lines of sight and enhanced training. Extending the driver’s line of sight is a straightforward benefit. Not only do drivers now have a much easier time backing the rig up, they can observe objects approaching directly from the rear, which is usually a major blind spot. They can then take evasive action if the object does not slow down.

The cameras also serve as a useful training tool. The footage provided from other drivers during emergency or safety events give drivers a unique perspective on common mistakes and how to avoid them. Drivers can also learn from their own mistakes by observing the footage taken from their cameras if they are involved in a similar situation.

Externally, drivers in training can observe common signs of reckless driving to look out for and learn appropriate defensive measures. Drivers in passenger cars often act as if they rule the road and are invincible, so commercial drivers need to know how to react accordingly when they inevitably make a fatal error.

The benefit of dash cameras most in line with fleet operator interests are their role in providing evidence for insurance claims and cases involving insurance fraud. Camera footage eliminates the he-said, she-said process that usually colors the insurance claim process and provides instant and irrefutable recollection of the event and the minutes leading up to it.

Dash cams don’t just exonerate drivers when they aren’t at fault, they also significantly increase the processing speed of insurance claims. With direct video evidence, there is no need for a lengthy investigation or court battle; each insurer will know exactly which party is responsible and expedite the payout process.

Insurance providers like S.W.A.N. Insurance can help companies find better rates if they find that logistics companies and owner-operators utilize dash cameras during their risk assessment. With a better chance at being exonerated from liability during safety events, trucks that use the cameras present less risk for the provider, leading to a better rate for the whole fleet. 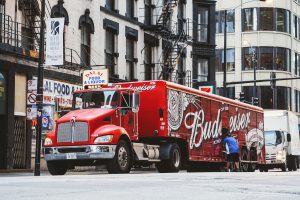 Footage provided by dash cameras have the tertiary benefit of providing protection against a number of smaller internal and external threats. Fleets that use a dual-style camera, or a dash cam that can record both the exterior and interior of the cab, can remotely monitor their drivers to ensure that they are following proper safety procedures while operating the vehicle.

Passenger vehicle drivers aren’t the only ones facing constant distractions. A leading cause for accidents in ALL vehicle types is distraction via one device or another. Monitoring drivers can help you identify problem behaviors and reward safe driving habits in exemplary employees.

Finally, the-rear mounted cameras can be an effective weapon against thieves. The cameras can pick up the faces and even the license plates of the offenders for use in future investigations and trials. Camera systems that are actively monitored can even prevent the theft in the first place, as the monitor can call local authorities to stop the criminal activity as it happens.